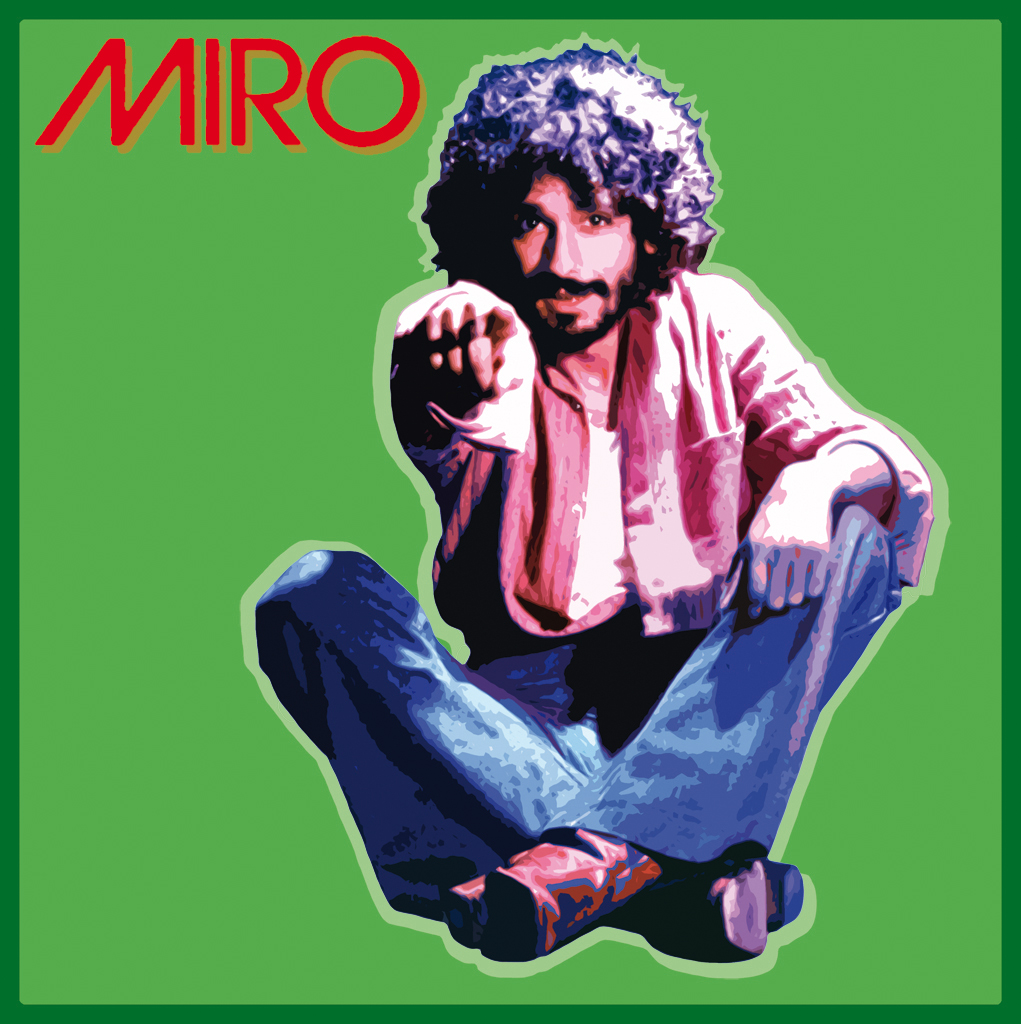 "Finally I succeeded in making an album how I wanted!"
This was how Miro answered the questions of the journalists in 1978, when the LP "Real life games" came out, which also included "Safari of love" and "Carly".
Certainly not everyone, at that time, could enter in the recording room and have complete authority. "Vedette Records", a small but prestigious label of Milano, which had launched groups as "Equipe 84" and "Pooh" in the 60s, gave him this possibility.
Miro, born Mario Baldoni in the Marches (Italy), but soon established in Perugia, is without a doubt an interesting artist. Gifted with an innate talent perfected in many years of various experiences, his desire to make music comes both from the necessity to express himself and from the desire to let people dream with his songs.
Singer, musician, songwriter and record producer, he still continues to be on the scene of music and records, contributing to the discovery of young talents and writing new interesting songs.
Miro has a very long artistic career behind him. His first successful song was "A nave", which was presented at the Naples music festival. Then "Tu mi regali l'estate" and "Nella mente casa mia", in two different editions of "Disco per l'Estate", organized by RAI, along with Al Bano e Romina, Ricchi e Poveri and Nomadi.
As an author, Miro participated twice at the famous Festival of Sanremo with "Cavalli bianchi", sung by Little Tony and "Canto per te", sung by Flavia Fortunato.
An other important song of his is "Aspettami", which launched the singing career of famous photo story actor Franco Dani, of which Miro was author and producer.
He also wrote "Dove vai", a song which was very successful at Festivalbar. In fact Ricordi Records chose this song to represent Italy at the Seul Song Festival of 1982, a Eurofestival of the Far East with TV connections in China and Japan as well.
Another very important experience for Miro was his collaboration with Trevor Rabin, ex guitarist of Yes, on the production of an LP for the English group "Slang" with vocalist Stevie Langa. The songs on the album are by Miro, the arrangements and guitar are by Trevor and the production is by Allan Goldberg.

To come back to Miro's "Safari of Love", written with Ken Stage and produced by Allan Goldberg, this track has become a big cult classic for DJs all over the world, who admire its psychedelic and magical atmosphere and its genuine sound that is from 1978, when computers did not yet exist and music was created with passion and originality. In this case, the LP's value is mostly due to Vince Tempera, who played the keyboards and arranged in the entire "Real life games" LP.