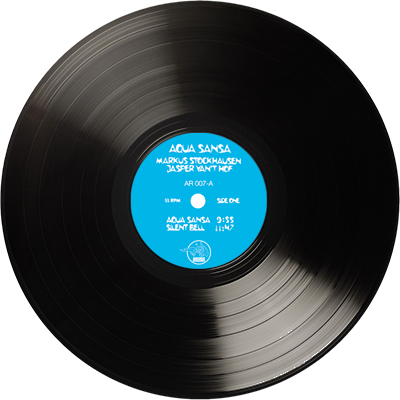 This release is individually 500 hand-numbered limited edition. The first 100 copies are pressed on WHITE vinyls (AR007).

Following in the pioneering steps of his father, the legendary Karlheinz Stockhausen, Markus Stockhausen made quite a splash with his first LP Aqua Sansa, recorded with Jasper Van't Hof. While jazz can be used as a reference point on this highly sought after album from 1980, it's more appropriate to think of the record in terms of freeform timbral expression. There's a fourth world, Jon Hassell-esque charm to pieces such as Daybreak while the likes of Takone sport a more eerie, minimalist charm. Either way, it's a highly worthy reissue for a much vaunted gem of leftfield music.