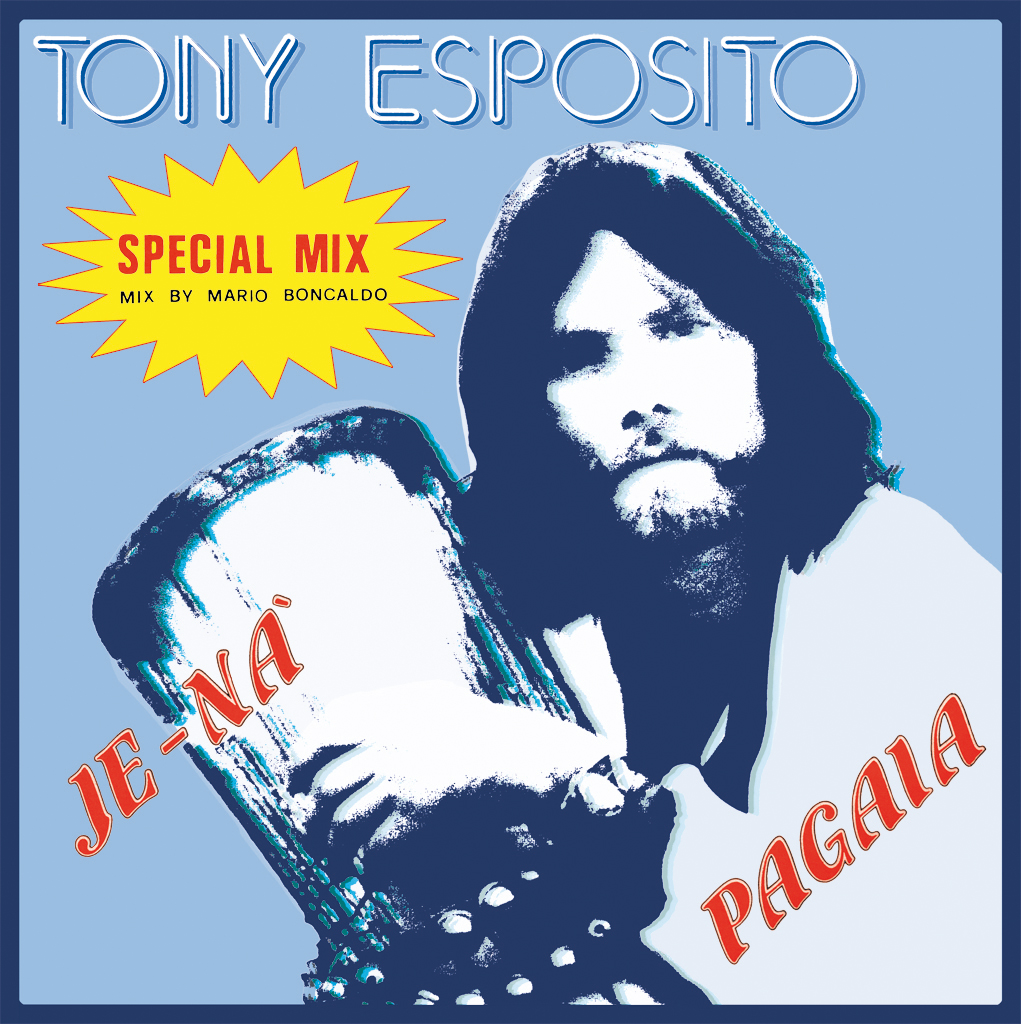 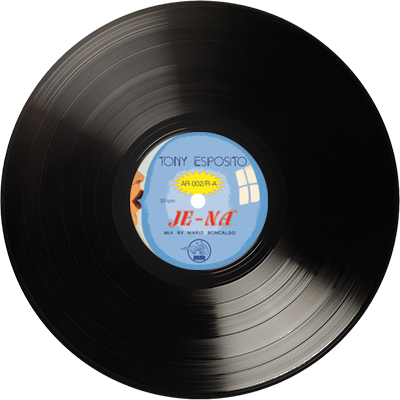 This release is a REPRESS of the first release AR002, individually 500 hand-numbered limited edition on BLACK vinyls (AR002/R), with a different center label artwork.

It is dedicated to the 1983 sought-mix Je -Nà / Pagaia by TONY ESPOSITO - cult record and more and more "expensive" - which is a rarity of Afro-cosmic Italian music. A very popular piece at the time and fortunately returned in vogue today thanks to many followers, DJs and lovers to the great Balearic family.
The music of Tony Esposito is inspired by sounds from many countries around the world, mixing tribal rhythms with Neapolitan melodies, well represented by the track Je -Nà, where the wide range of styles is manifested in its hypnotic sounds and rhythm in his percussion.
The two tracks were born in 1983 after a trip to Jamaica and were composed together with Pino Daniele.
The style and sound of these two pieces reflects the influence of Bob Marley and his group, with whom Tony Esposito has worked both in Italy and in Kingston Town, Jamaica.

Like many of the greatest Italo-disco records, Tony Esposito's 1983 double A-side "Je-Nà / Pagaia" is ridiculously rare. Put it this way: if you fancy nabbing yourself an original copy, it will make a serious dent in your wallet. This welcome reissue presents both tracks in their original 12" glory, mixed with clubs in mind by Mario Boncaldo of Klein & M.B.O fame. It's the A-side that's arguably the pick of the pair, featuring as it does a Balearic-friendly blend of dense, bongo-laden rhythms, tribal chants and delay-heavy guitars. There's a bit more of a hazy disco bounce to Pagaia, which sounds a little like a long lost Tullio de Piscopo record - all jazz -fusion scat singing, sunny horns and shuffling rhythms.