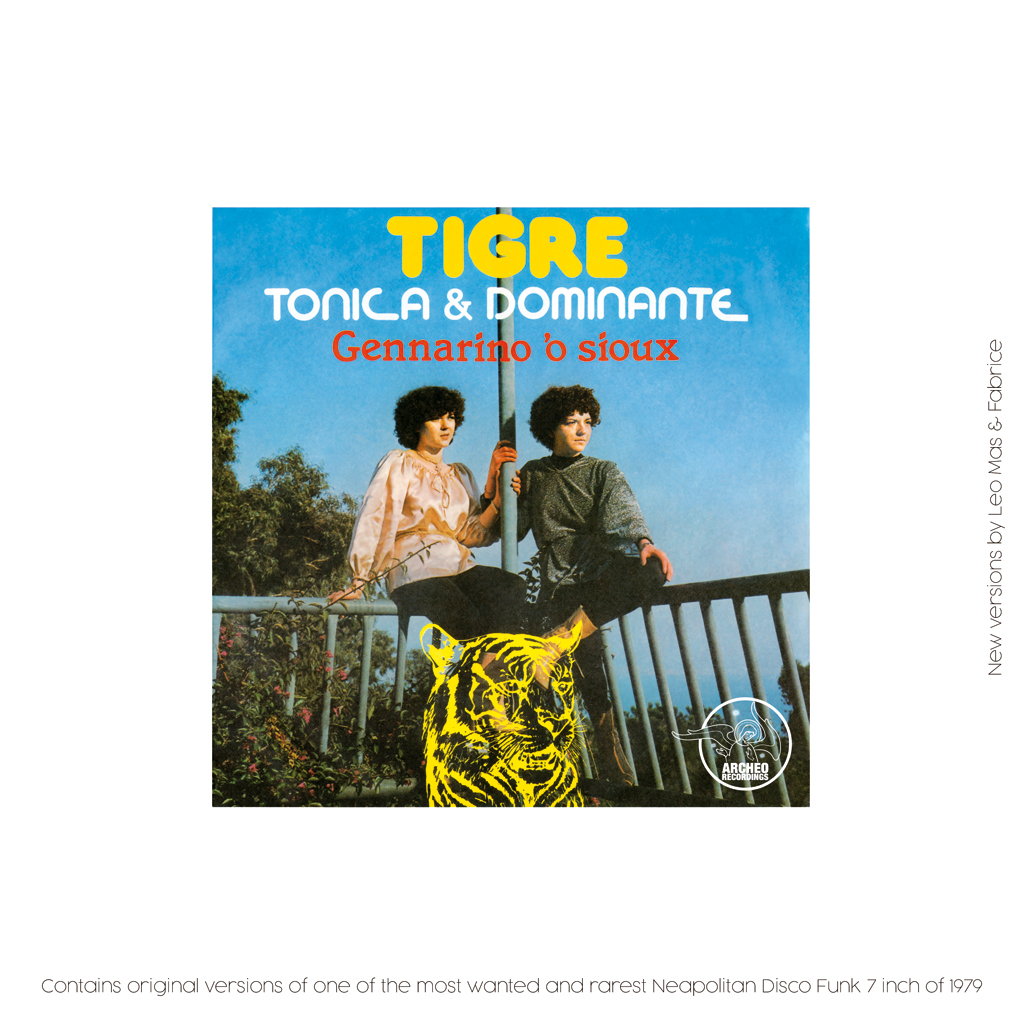 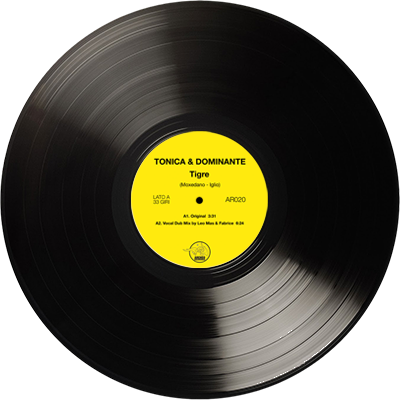 This release is dedicated to the loving memory of our dear friend Takeo Toyama.

Originally released in 1979 on Dominant Records, the two songs, produced by Antonio Iglio and Antonio Moxedano, became a total cult through the years, a collector item if there is one.
The original 7" is one of the most wanted and rarest, impossible to find, with few copies appearing in the second hand market at hundreds quotations, a true milestone in the underground Neapolitan Disco Funk sound released between the end of the Seventies and early Eighties in a lot of small, unknown labels.
The fever around Tigre / Gennarino ‘O Sioux by Tonica & Dominante was so high that influenced a new wave of Neapolitan acts like Nu Guinea (Nu Genea) and compilations like "Napoli Segreta”. Finally reissued on Archeo Recordings, the first time appearing on 12", Tigre and Gennarino ‘O Sioux are remastered for the Archeo release and each track backed by a Vocal Dub version done by Italian dance music legends LEO MAS & FABRICE, two superb and extended grooves that are fire for the Balearic/Nu-Disco scene (Christian Zingales / Blow Up Magazine).