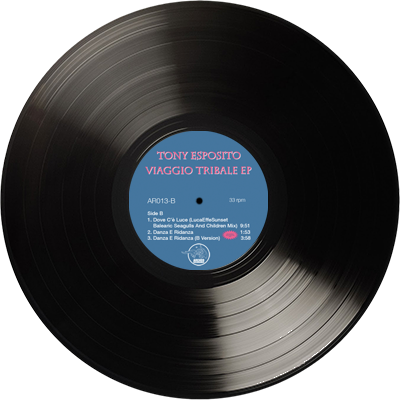 Archeo charts a course for the Balearics with this laid back delight of overlooked Italian island grooves. Tony Esposito is a long-serving singer-songwriter, and two tracks from his 2004 CD Viaggio Tribale get a vinyl cut here. Dove C'è Luce gets a special, 90s tinged Remix from LucaEffeSunset. Antonio Nicola Bruno's Storia Della Terra Mia is the first of three unreleased tracks from this little known Lucan artist, striking a curious note with folk undertones and a sunny disposition. There's a more dramatic tone to Danza E Ridanza which takes on an almost Talking Heads-esque quality for the B Version that closes this high quality 12" from the ever reliable Archeo camp.